With the VENDOSOFT webcam cover, you are safe from unwanted glances!

Webcam covers have become a sought-after gadget since magazines and authorities have been addressing spying into one’s private life using the cameras of mobile phones, tablets and PCs.
According to a report from welt.de, it is not just secret service agencies that make use of the virtual peephole to fight or prevent crime. Hackers, in particular, spy on their victims and rarely use what they spy on for a good purpose.

If you want to protect yourself from unwanted glances, VENDOSOFT will give you this webcam cover as a gift! 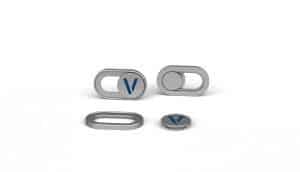 Small, subtle and barely perceptible, it fits on most front cameras on laptops, PCs, smartphones and tablets such as MacBooks, iPhones, iPads etc., and on devices from other manufacturers
Your webcam cover can be opened and closed with the tip of a finger, is self-adhesive and can be removed without residue.

Your webcam cover can be opened and closed with the tip of a finger, is self-adhesive and can be removed without residue.

VENDOSOFT is concerned with the safety of its customers even when buying and selling used software!